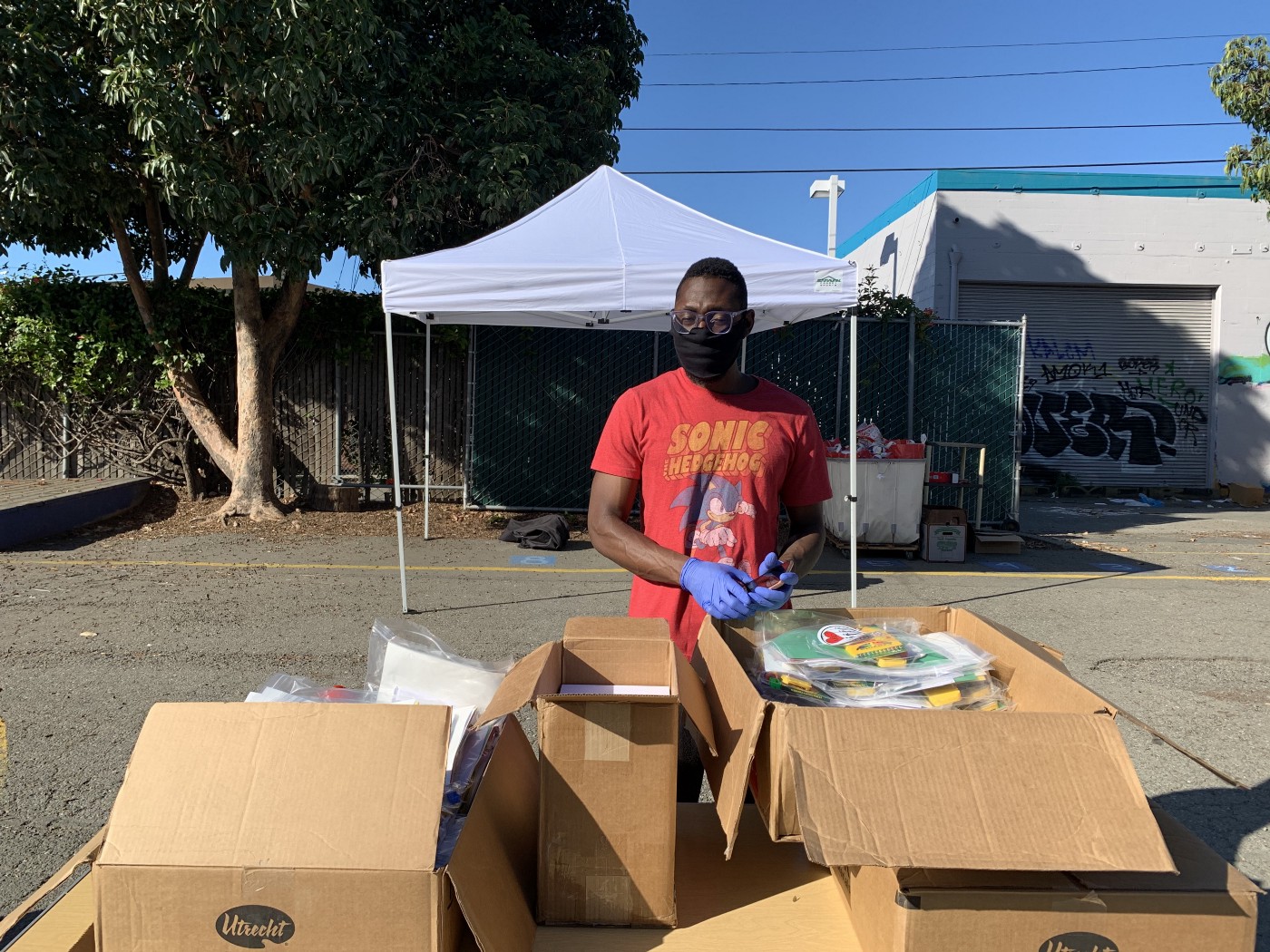 The unprecedented interruption of the 2020 school year has laid bare inequities in our system, with one in five California students (over 1 million) lacking either connectivity or a device, a staggering need. The pandemic has forced schools and school districts to make on-the-fly decisions about how to continue instruction and care of students. Some schools lowered expectations for students, ending the year early for the summer or giving every student an A.

Not every school reduced standards and learning, though. There are some success stories emerging during the pandemic, especially among Oakland charter schools. We sat down to hear from leaders at AIMS K-12 College Prep District (AIMS), Community School for Creative Education (CSCE), and BayTech.
Digital spirit week at BayTech.

They shared stories of leaders and teachers stepping up to make sure students and families not only have a device and access, but also food. Taking online learning seriously by keeping standards up and maintaining a regular schedule to give students some normalcy and consistent opportunities to learn. Celebrating commencements and achievements. And getting prepared for another unprecedented school year.

“Our mission isn’t just academic learning, our mission is growth and flourishing to become leaders to move forward and create an ever-better world,” said CSCE executive director and founder, Ida Oberman. “The charge is even greater. The call to action is even more fierce. Our school is a full-service community school and should be a healing center. That’s our mission.”

Like schools across the state, CSCE shut down in-person instruction on Friday, March 13 and re-opened for distance learning on Monday, March 16. The school sent packets home to “bootstrap” to the next phase, Oberman said. But the deeper work CSCE staff were engaged in was to connect with all families, especially the more vulnerable, to understand their needs.

That Monday afternoon, a draft inventory had been created and calls and emails started going out to families, “with a very clear set of questions of what they have in place and what they need,” Oberman said. “It wasn’t just technology, it was also food security and space, and safety.”

What became immediately clear, Oberman said, was the great need families were already facing and how gaping the digital divide is, a problem educators and administrators were long aware of but now were forced to take action to remedy.

“Now it was literally a chasm our children were risking falling into before our eyes,” Oberman said.

The CSCE staff worked to get families devices, partnering with TechExchange, and also working with families to help them use the devices and understand their needs and barriers to online learning. Staff also developed hands-on kits for students to use at home: finger paints, knitting, crayons, coloring books — “so our children are able to do what they need to do to build their sense of agency,” Oberman said.

The driveby giveaways of food and supplies revealed another issue: some families were afraid to leave their homes. So CSCE partnered with volunteers from the NUMI Foundation to have food and kits delivered to their homes. “We tried to think of every way that children are not only supported in our distance learning environment, but as a whole child and a whole family.”

There were struggles and ups and downs, naturally, especially when a family member of a student became sick or a family member lost a job. But at the same time, some students showed growth and benefitted from the time outside of the classroom, Oberman said.

“We’ve seen some students are more confident at home,” she said. “We hear from teachers how proud a student is to share their dog, or their dad, and then do the project they’re supposed to in geometry or physics. Some children who are otherwise are marginalized or shut down because they’re afraid, it elevates them because they feel safer. And it’s so important that school be a safe place.” 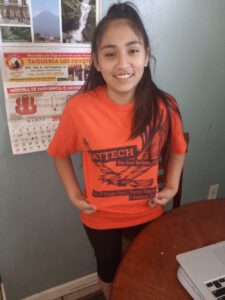 The scaffolding it takes most schools to adapt to online learning — including purchasing software and learning how to use it, upgrading computers, adapting lessons — wasn’t as great at BayTech, since the school was already using many of these tools and methods before the pandemic.

Because of that and the culture of the school, the learning didn’t stop. The first Monday of distance learning, students had Personal Learning Platforms (PLPs) developed individually for them. More than 80 percent of BayTech’s middle school students regularly logged on for school. Many students voluntarily took the state test in the spring, and they showed growth, Feldman said. While other schools were shutting down for the year early, BayTech was holding finals for all its students and worked until the last scheduled day of school.

Feldman said personalization for most students worked especially well because it removed a language barrier. “We were able to do everything in Spanish or English” Feldman said. “And having call-in teams who could speak those languages and directly communicate with those parents increased student participation and increased results.”
The high school PLPs met A-G and college eligibility requirements, Feldman said. To get the program running successfully, Feldman said it took some “money, ingenuity and stick-to-it-ness.”

There are 120 kids enrolled for BayTech’s online summer school, including 90 who did so voluntarily through their PLP “because they wanted to advance,” Feldman said. Many are taking high school elective classes to finish early so they can start taking college classes later in high school.

Feldman said 20 percent of BayTech’s ELD students were redesignated during the school year, progress students made, he believes, with the aid of distance learning. School support staff were assigned parents to work with and talk about why redesignation would be beneficial for their students. “It became a very personalized product,” Feldman said. “It’s just basically giving kids attention,”

College counseling sessions and parent conferences had higher attendance because they were more accessible online (though parents did have the option to meet in person if they preferred). “We learned we need to adjust to the needs of parents, not have parents adjust to our needs,” Feldman said. “There’s a new way of doing business that isn’t always, ‘you show up at 7 o’clock at night and I give you a powerpoint and we go through this. Together we can make this new model work for more parents and students’”
An AIMS kindergartener shows his work during a virtual class.
AIMS

AIMS closed the school year on a historical note, with its first-ever African American valedictorian. AIMS high school also held a graduation ceremony, set up like a drive-in movie theater, which was also historic.

As at BayTech, AIMS educators found that some students did well during distance learning — with more time available during the day to do homework and schoolwork.

“Many students actually flourished in this setting,” said Peter Holmquist, Head of AIMS College Prep Middle School. “I spent some time with some teachers the last couple days, and they said it was surprising that some students actually changed and performed better.”

“We didn’t want to have students just sit there and watch a teacher teach, we wanted to make it more interactive,” Ahmad said. “We made use of a lot of programs to make it fun, and actually a joy to be online, learning. That was one of the successes we had.”

To help students stay on track, AIMS kept up Saturday school for the entire semester. Summer school is now starting for students who need to make up credits. Williams said there is an understanding among educators that with the pandemic and protests around police brutality and social justice, students had a lot happening around them and to their families this year.

“We do know that things are happening, and we have been accommodating and course correcting,” Williams said. “We still hold high standards, and we also gave students a bit more time. Though not indefinite.”