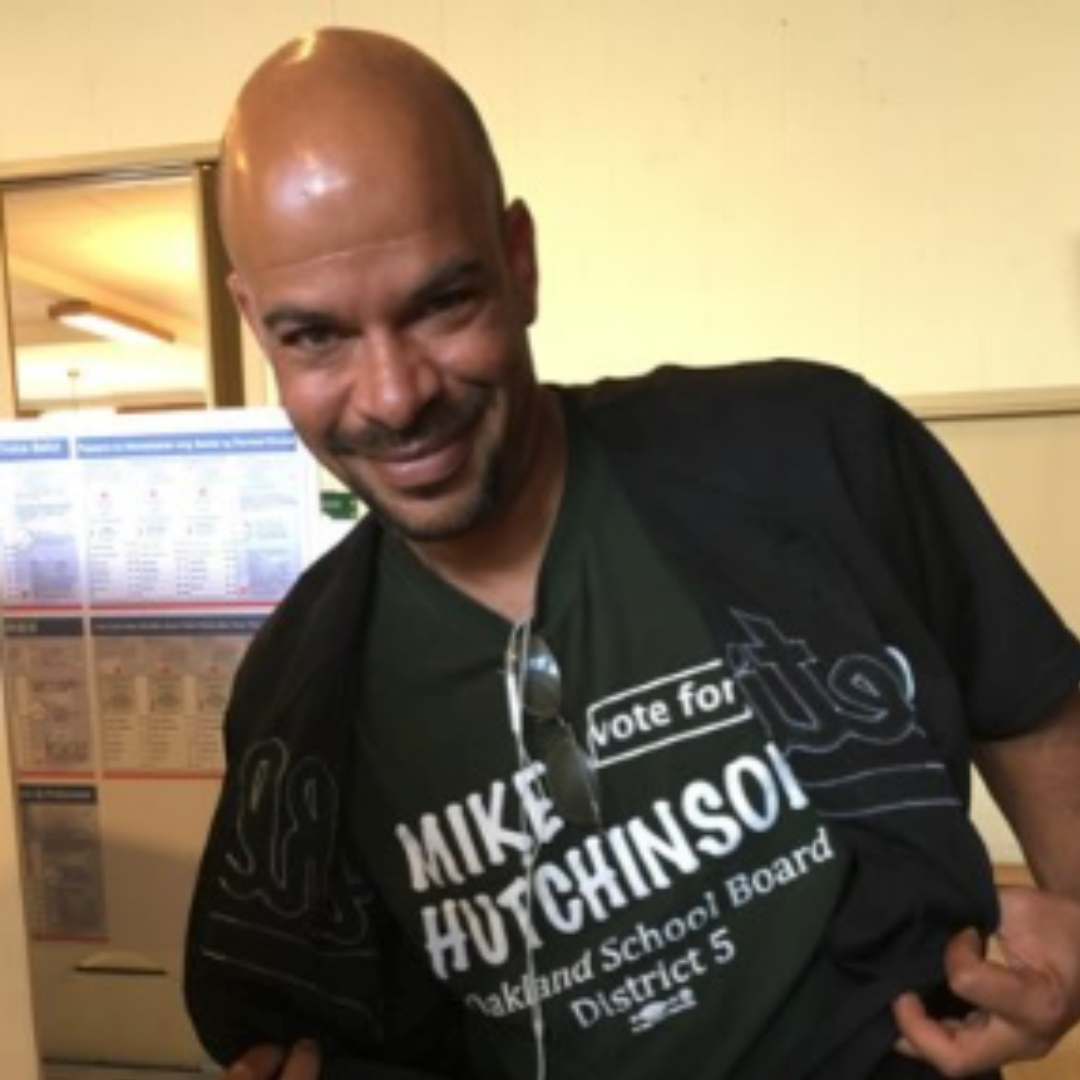 Mike Hutchinson is proud that he was born, raised, and educated in Oakland. He attended Crocker Highlands Elementary School, McChesney Junior High School (now Edna Brewer), Oakland High School, and graduated from Skyline High School, before going on to UC Berkeley. His mother was a teacher in Oakland and an active OEA member for 40 years and his father was an instructor at Laney College for over 20 years.

Hutchinson has spent more than 20 years working and volunteering in Oakland’s schools and with our youth. In 2011, his civic engagement increased when two schools he had worked at since 2001 (Maxwell Park and Santa Fe) were part of the five schools threatened with closure. He has been working steadfastly since 2012 to save and improve public education in Oakland by actively attending nearly every OUSD school board meeting, co-founding the Oakland Public Education Network (OPEN) and becoming a founding member of the Journey for Justice National Alliance.

Director Hutchinson strongly believes that every child in Oakland has the right to a high-quality public education. Together, he knows that we can reclaim our public education system by understanding what’s happened in the past, collectively deciding what’s best moving forward, and then beginning to build the schools that Oakland kids need and deserve.