Lots of questions and confusion 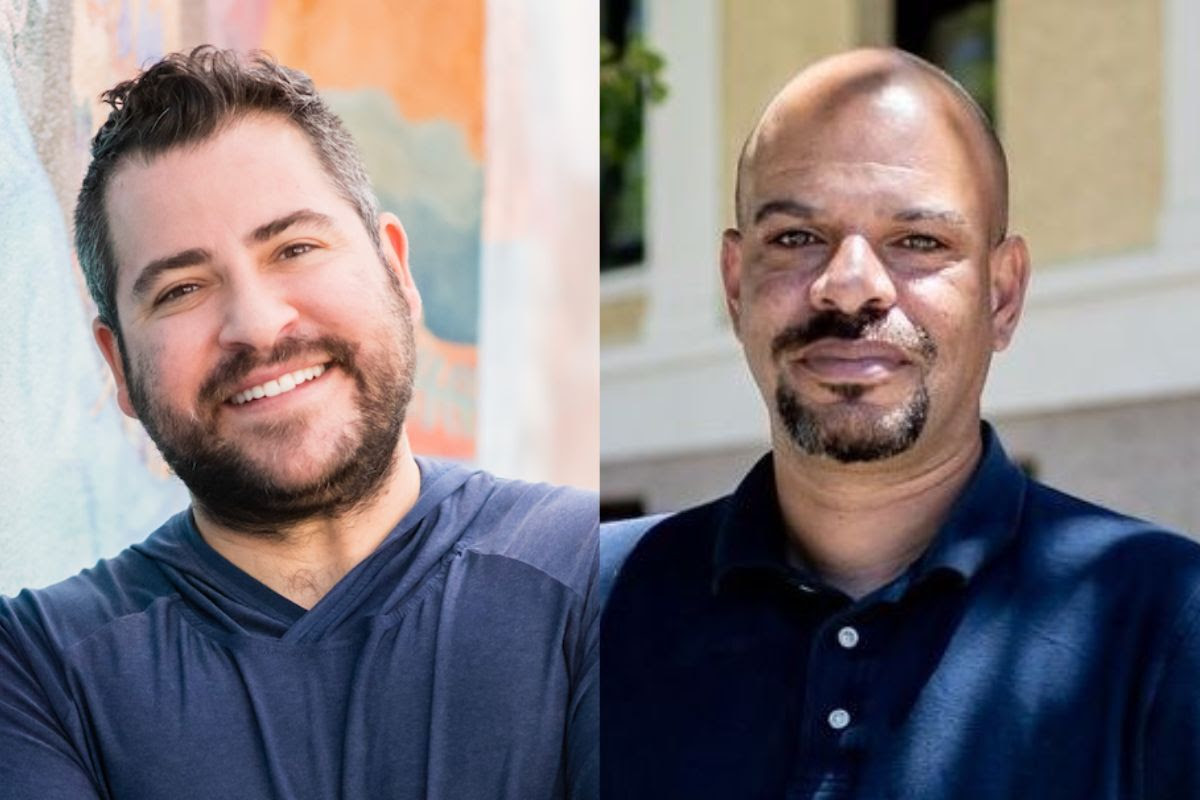 Newly-elected OUSD school board and Oakland city council members were sworn in at an inauguration ceremony on Monday. These leaders took their seats after the Alameda County Registrar of Voters certified the results on December 8; the Oakland City Council election results were certified on December 20. On December 28, though, the county registrar contacted candidates for District 4 school board, Nick Resnick and Mike Hutchinson, informing them there was an issue in tabulating votes in their race, where Resnick was certified the winner. Yet, the county registrar apparently undertook a secret vote recount outside of standard protocol and without any public transparency. Moreover, many are questioning why the Oakland city charter apparently calls for the registrar to change ranked-choice votes when a voter leaves their first choice blank.

This is confusing and brings up a lot of questions, many of which the candidates and their lawyers are asking right now. And now, the Alameda County Supervisors have given a green light for a recount for several races in this year’s election, including the District 4 school board race. Above all, voters need their trust restored in an election process that was lengthy and problematic. Voters need to be able to trust the registrar of voters to count fairly, accurately and transparently and this has not been the case in the 2022 election. Here is some recent coverage from The Oaklandside: 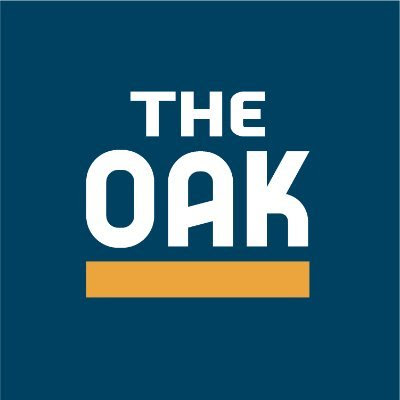 Oakland school board candidates lawyer up to challenge election results

Mike Hutchinson filed a lawsuit while attorneys for Nick Resnick are seeking documents from the registrar of voters. 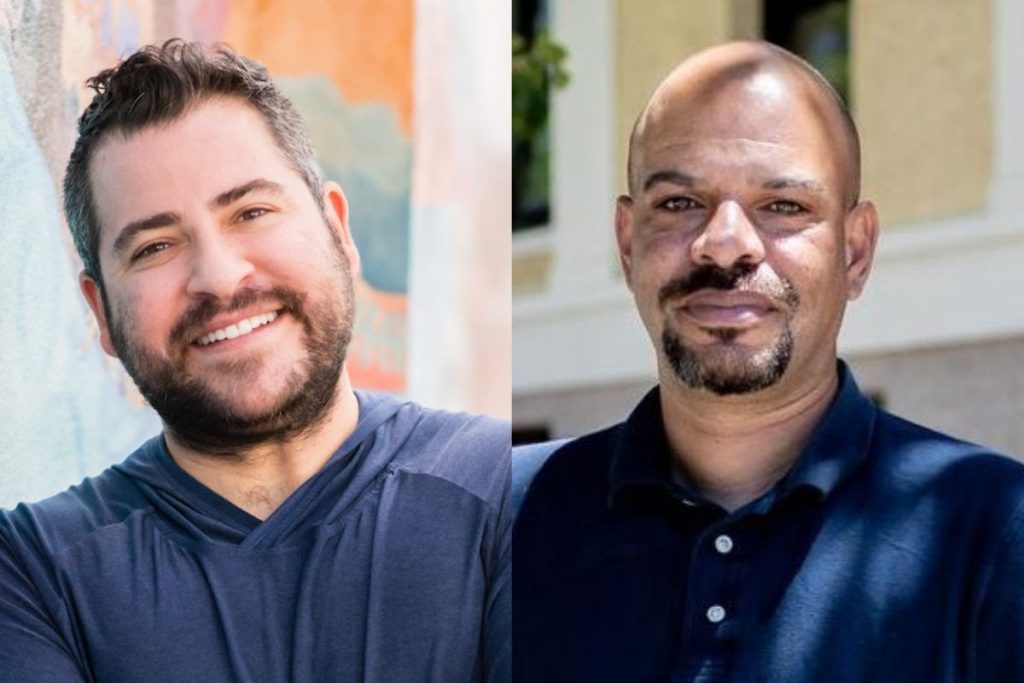 An admission by the Alameda County registrar of voters has called into question the winner of the District 4 race for the OUSD school board. Credit: Nick Resnick photo courtesy of the candidate / Mike Hutchinson photo by Amir Aziz for The Oaklandside

Nick Resnick and Mike Hutchinson, two candidates in Oakland’s District 4 school board race, are pressuring the Alameda County Registrar of Voters to provide a clear answer about who won, nearly two months after Election Day.

Resnick was declared the winner after the final vote tally on Nov. 19 showed him leading second-place candidate Pecolia Manigo by a slim margin, with Hutchinson placing third. But that result was thrown into question last week, when the registrar’s office said there’d been an error in its tabulation of ranked-choice ballots, leading to a second-place finish for Hutchinson based on first-place votes. After the ranked-choice calculations were run, Hutchinson was shown to be the winner.

Resnick, an education company CEO and former OUSD teacher, and his attorney sent a letter to the county registrar’s chief officer, Tim Dupuis, questioning how his office made the decision to re-tally the results, after the vote had already been certified.

Meanwhile, Hutchinson, who came in third place after the initial vote tally, filed a petition in Alameda County Superior Court on Thursday, contesting the election and asking a judge to declare him the winner of the race.

Questions surrounding the election prompted Alameda County Supervisor Keith Carson to call for a manual recount of the Oakland mayoral and school board elections, and San Leandro elections, during a special board of supervisors meeting on Thursday

At the center of the controversy is a question about how certain ballots should be tabulated in ranked-choice elections. Typically, first-choice votes are counted in the first round, and the candidate that received the lowest number of votes is eliminated. The eliminated candidate’s votes are then redistributed to the voters’ second-choice selections, and so on, with the process repeating until there’s a winner.

But not everyone who voted in the District 4 school board election listed a first-choice candidate; some ballots listed only second and third choices. Those ballots were held out of the first-round tabulations then added in the second and third rounds.

After re-tabulating the ranked-choice votes using this method, the registrar determined that the only contest affected was Oakland’s District 4 school board race.

The country registrar did not not respond to repeated requests from The Oaklandside for an interview.

“I received a call out of the dark, after Christmas weekend, from Tim Dupuis, sharing that I was still absolutely the certified winner but that he’d made a mistake in the technology when it was run and that there were some different counts in my race and he had to make me aware of that,” Resnick told The Oaklandside in an interview Thursday.

In the letter sent to Dupuis, Resnick’s attorney James R. Sutton questioned whether the registrar could legally re-tabulate votes once an election has been certified—which the City Council did on Dec. 20—and asked why the registrar didn’t notify the candidates of the issue before he took steps to recalculate the results. Sutton also requested that the registrar not take further action regarding the race until Resnick’s legal team can meet with county officials.

“At this time, they are deciding that they know the intention of the voter and absolutely changing the voter decision,” said Resnick. “That feels like it goes against everything that we believe in, in terms of ranked-choice voting. That doesn’t feel fair, that doesn’t feel just, that doesn’t allow people to vote for certain as they intended. At the end of the day, we trust our voters, and we trust that people know what they’re doing, so we want to make sure that was honored.”

In a call with The Oaklandside on Tuesday, Hutchinson said he was told by the registrar last week that he was the winner of the District 4 race. Hutchinson filed a petition in Alameda County Superior Court on Thursday, asking the court to declare him the winner.

“I know that I won the election. I’ve been told so by the person in charge of elections,” Hutchinson told The Oaklandside. “I’m going to do everything that I can to make sure that I am able to serve in the position that I was elected to serve in, and that is now Oakland School Board District 4.”

Hutchinson currently represents District 5 on the school board, the seat he was elected to in 2020. He chose to run in District 4 last year because the city’s redistricting process placed his address there.

The outcome of the District 4 race will have implications for the school board, which has seen significant turmoil over the past year stemming mostly from a controversial decision it made to permanently close nearly a dozen schools over two years. One former school board member, Shanthi Gonzales, resigned last year amid strong community backlash against the plan.

Hutchinson has been a staunch opponent of school closures on the board, while Resnick has taken a more measured approach, saying he’d like to study the closures’ impacts further before reaching a judgment.

Resnick is currently slated to be sworn in on Jan. 9 along with the other newly elected school board directors, Jennifer Brouhard and Valarie Bachelor. Barring a change, Hutchinson would remain as District 5 director.

The school board is also set to elect a new president next week, to replace outgoing Board President Gary Yee. The president decides what appears on school board agendas and when. Later this month, the board is also expected to vote on a resolution, from Hutchinson, to reverse the five school closures that are planned for this year.

“This makes things very confusing over the next month,” Hutchinson said. “The questions about these elections need to be corrected as soon as possible so we can move forward with a new board.”

The original article was published on January 5 and can be found here.

← Get on the Bus! Students with Special Needs Bus Tour →
Traducir »