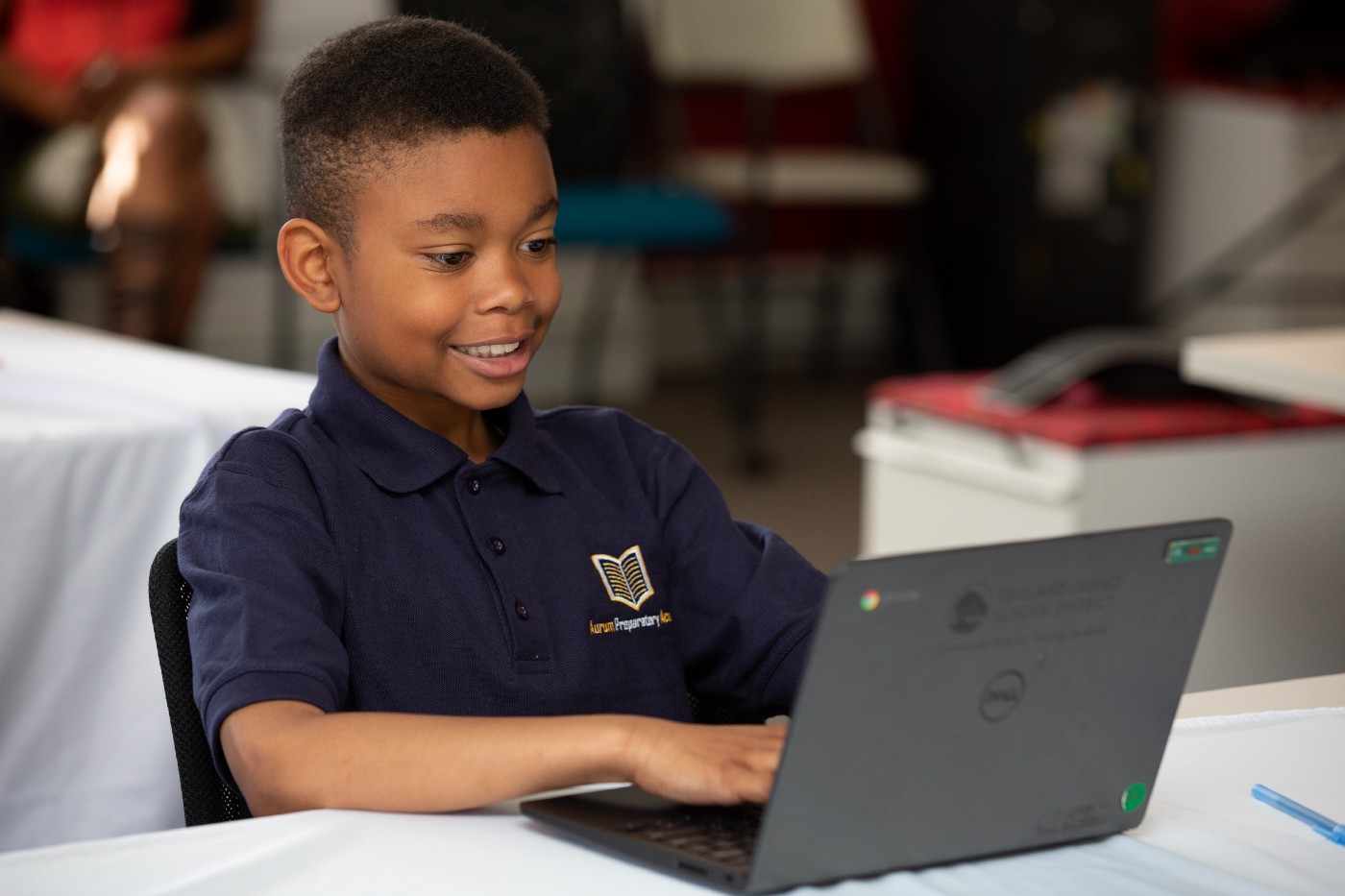 As he moves around his 7th grade math classroom, Aurum Preparatory Academy (“Aurum Prep”) teacher, Salif Doubare, is crackling with energy. He’s tall, thin, wearing horn-rimmed glasses and a big smile, as he walks around a large table in the center of the classroom, encouraging students. When it comes to his class, he wants to meet students where they’re at.

“They can sit wherever they want, express themselves however they want,” Doubare says, “but their math has to be impeccable.” His favorite moments come when a student gets it, when the lightbulb goes on. They understand how much math is a part of their daily lives and how much they already know. “It’s like the discovery of fire,” he says.

Doubare is something of a rarity in America, though not at Aurum Prep: He’s a male, African American teacher.

The Aurum Prep student body is 55 percent Latinx and 45 percent African American. “Our staff represents, not only ethnically but in terms of background and life experience, our student body,” says Swati Samanth, Aurum’s Director of Operations. “Just by their very being, they inspire students.”