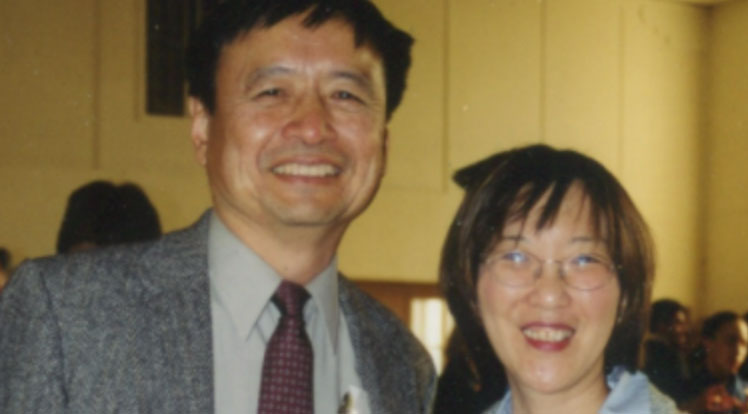 On Wednesday November 3, 2021, Oakland’s families and communities suffered a terrible loss. It is with great sadness that we share with you the passing of Alameda County Supervisor Wilma Chan, a quiet trailblazer and persistent champion for Oakland’s underserved communities.

You may know that Supervisor Chan was an Oakland Unified school board director. As a board director, Wilma fought against the school overcrowding during the 1990’s that led to year-round schools, many of which produced persistently underperforming schools. Wilma was a strong advocate for ending year-round schools and creating new, higher performing community school options. This struggle was part of the movement that created small, autonomous OUSD schools and charter schools in Oakland. You may not know that Wilma was a big supporter of the first charter school in Oakland, Jingletown Charter, which is now AMPS Oakland Charter Academy.

Jorge Lopez, former CEO of AMPS, shared his high esteem for Supervisor Chan, “Wilma was a true champion of Oakland’s families. She fought hard to make sure Oakland families had access to high quality schools for their kids.”

At FIA, we share core values with Wilma Chan, who also believed in listening to families to find solutions to persistent educational inequities.

There are two wonderful tributes below, from the Office of Supervisor Wilma Chan and School Board Director Gary Yee, who called Wilma, “insert quote”.

At FIA Oakland, we salute Supervisor Chan and her legacy of social and educational access and justice she leaves behind. Please join us in carrying on the legacy of a tremendous champion for Oakland families.

Announcements of Wilma Chan’s unfortunate passing on Wednesday brought a flood of fond memories of her commitment to Oakland children and families, which for me, started with her campaign to be a school board member in the Oakland Public Schools, and continued throughout her three decades as an elected political leader. I still remember the first time I met her, in 1989, when she argued for the elimination of year round schools in Oakland, an approach to school overcrowding that had unintended consequences for many families she represented. She then joined the school board in 1991, and along with Jean Quan, became the first Asian American school board members in Oakland.

Through her board leadership, the board adopted then Superintendent Pete Mesa’s Five Year Strategic Plan, which first articulated a vision of public education in Oakland to “… enable all students to choose from the widest range of personal and career choices possible, and prepare them to be effective contributing citizens of their community.” She was personally a staunch advocate for ensuring that “life circumstances beyond students’ control” are addressed” by the school district, and this vision continues to this day, in Oakland’s continued commitment to full service community schools.

Wilma recognized early on the importance of schools as community centers, and she envisioned schools as “village centers” where students and families could obtain resources to address those life circumstances which impeded student success, through nutrition and expanded medical services, youth development enrichment, and family supports. During this period, she commissioned a study that demonstrated the link between unhealthy neighborhood conditions, absenteeism, and school outcomes for youth living in those neighborhoods. When she became a County Supervisor, one of her major achievements was the successful launch in Oakland of the “Safe Passages” initiative, a major grant from the Robert Woods Foundation, which provided a jump start of the village center model in three low income neighborhoods. Safe Passages, a collaboration of the city, county and school district, continues to this day as the Youth Ventures Joint Powers Agreement.

Wilma also realized the importance of early childhood education and development, and she demonstrated that commitment as a founding commissioner of First Five Alameda County. When she was elected to the State Assembly, she made sure that one of the first state preschools was installed at Fruitvale Elementary School in 2000! She took great pride in visiting the program whenever she could and seeing the effect that it had on the families it served.

While we mourn the loss of this faithful and steadfast public servant, we are grateful for the elements of our public systems that continue to reflect Wilma’s significant and lasting contributions to the welfare of Oakland’s families and children.
—
Gary Yee, Ed.D.
Board of Director, District Four
Oakland Unified School District
510 290 2801

Over her illustrious 40 year career in public service, Supervisor Chan was steadfast in her commitment to uplifting community voices and fighting for social and economic justice. Supervisor Chan broke numerous ceilings throughout her career as the first Asian American elected to the Alameda County Board of Supervisors, and as the first woman and first Asian American to be Majority Leader in the California State Assembly.
A trailblazer and a passionate leader, Supervisor Chan leaves behind a remarkable legacy of groundbreaking policy and community-based initiatives, including:

Supervisor Chan’s passing is a tremendous loss to our community and she will be sorely missed, but her extraordinary legacy will endure.

With Gratitude,
The Office of Supervisor Wilma Chan