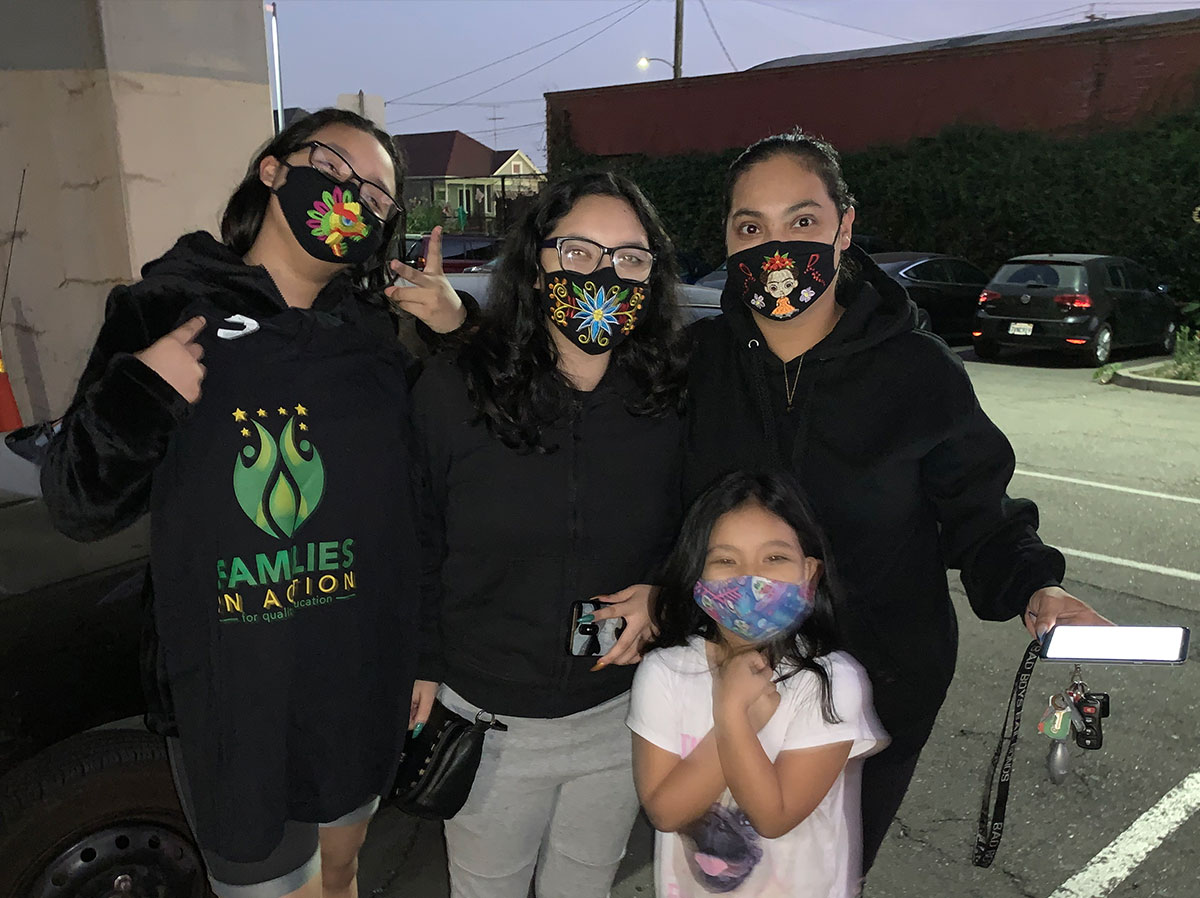 Dr. Charles Cole kicked off an energizing evening as he recounted the work of the Energy Convertors Youth Researchers who surveyed 400 Oakland youth and uncovered the fact that nearly 50% do not know what A-G is nor if they are on track to be able to apply to a 4-year college. “This issue is personal to me. My brother did two tours in Iraq after he found out he hadn’t completed all of his A-G courses when graduating from high school… He was locked out of the opportunity to join me at Cal State East Bay.”

Dr. Clifford Thompson, OUSD School Board Director for D7 shared his joy at the unity the OUSD school board is demonstrating about increasing college eligibility for Oakland students. “This is truly an issue that has united our entire board.”

ACOE School Board Trustee Aisha Knowles encouraged audience members to see themselves as future school board officials and the power of listening to student voice as an elected official. Trustee Knowles’ message was loud and clear, sky is the limit for youth who know how to use their voice.

The evening ended with two touching tributes, one to the Honorable Jumoke Hinton, who helped pass the first round of A-G legislation in OUSD that aligned high school graduation requirements with A-G. Dirk Tillotson, founder of the State of Black Education in Oakland, was honored for his instrumental role in championing educational access for Black students. Without a doubt, FIA will continue the A-G fight for Dirk in service of opportunity for every student who is being counted out.